Explore The Sports Scene Of Texas With Texas Shuttle

The sports scene in Texas is incredibly diverse and vibrant, with many professional and amateur teams and major sporting events held throughout the year. The state also has a strong tradition of high school football, with many of the state's high school teams having a passionate following. 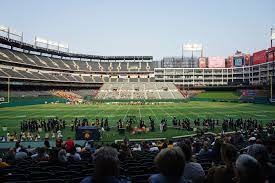 Basketball is a popular sport in the state of Texas. The state is home to several NBA teams, including the Dallas Mavericks, the Houston Rockets, and the San Antonio Spurs. The state also has an intense college basketball scene, with several universities fielding competitive teams, such as the University of Texas Longhorns and the Texas A&M Aggies. Additionally, basketball is popular at the high school level, with many schools and communities fielding teams. The Texas High School Basketball State Championship is one of the country's important high school basketball events.

Golf is a well-established sport with a strong following among recreational and professional players. The state has many high-quality golf courses, both public and private, and many golf tournaments are held throughout the year. Texas is home to several notable professional golfers. The state has hosted several major golf tournaments, such as the Valero Texas Open, the Byron Nelson Championship, and the Charles Schwab Challenge.